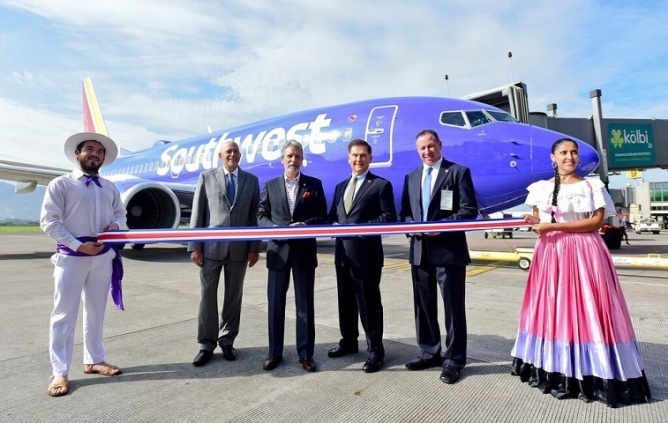 With a capacity of 175 passengers, is the second regular flight by Southwest in Costa Rica, after working to/from Baltimore, Maryland.

Costa Rica has recorded in the last recent months more arrivals of new air operations. According to the Costa Rican Tourism Institute (ICT) between November 2014 and June 2015, the country received 21 additional flights of new airlines.

Among the companies that have added or announced changes are Aeromexico, Condor (Germany), Cuban, United Airlines and Spirit.

In addition, Thomson Airways will fly from London to Liberia in November 2015, and British Airways announced it will open a direct operation between Costa Rica and London, as of May 4, 2016. 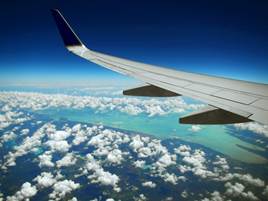 Mauricio Ventura, Minister of Tourism, said the direct flights to Houston are important because they represent a connection to a potential tourist market; people who have a high interest in visiting Costa Rica and are experienced travelers with high income.

“Costa Rica is a competitive tourist destination. This is demonstrated by Southwest Airlines in selecting our country with their first destination in Central America,” said Ventura.

According to data of ICT, a 7.3% in the state of Texas is considered as a potential tourist market for Costa Rica, a percentage equivalent to a population of about two million people.

In November, Southwest will add two more flights to the Liberia airport (Guanacaste), daily flights to Houston and weekly to Baltimore.

Plan the ideal dream trip to Costa Rica with Asociacion Pro Imagen Costa Rica and our excellent Tourist Suppliers, just one flight away!